It’s what you’ve experienced that makes you happy, not things you have (possessions). This has been proven, but we tend to forget and focus on “having more things.”

Whenever I go to a chess tournament with Daniel, I focus on enjoying the experience. Yes, I am also supportive of his pursuit of achievement and desire to win; but I it’s as rewarding, if not more, to enjoy the experiences — meeting new chess parents, the dinner at the hotel restaurant (where the tournament is played), the pool time, or analyzing games together.

My good friend Jay reminded me how important experiences are really. Thank you Jay!

This year’s elementary nationals were in Nashville at the Gaylord Opryland resort. We all went together to support Daniel in his games at the K-3 Championship section. Participating were more than 2200 kids in various age groups. The amount of energy in the air was mind-boggling; so many kids; so much chess; it was fun and exciting.

I have to say this was by far the best chess tournament I attended, mostly due to the venue. The Opryland resort is fantastic, and there are many things to do in between games, right there at the hotel – pools, restaurants, arcade room and much more.

Chess tournaments are a wonderful social opportunity, and we really enjoyed meeting  many young chess masters and their parents.

During the tournament, Daniel had an opportunity to play against the top-seated player in the section, on board #1 in the middle of the tournament hall.

Here are some photos from the event. 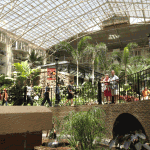 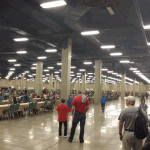 In this day and age, focusing on something is not as easy as it used to be. I know for me it isn’t. Yet the ability to focus on any activity is tremendously valuable.

In chess, the ability to focus is a clear advantage: when you practice, when you study, and especially when you play.

So regardless of anything else your child is doing to improve his/her chess — practicing the simple act of focusing will have an amazing impact. Focus, Focus, and Focus!

It’s guaranteed to make their chess much better. (and it’s a good thing to learn anyways)

Today, I received a rather interesting email. It was a from Sergey Brin and Peter Thiel, addressed in person to me. clearly, I was surprised.

In the letter they expressed their childhood passion for the game of chess, the impact it had on their adult lives, and go to describe a special education program they are working on that focuses on chess.

From the details in the email, the program sounds like a “chess version” of Thiel’s Quit College program. Here, 20 young chess prodigies (out of 100 initial candidates) will be selected to attend a new school (located at the Google Campus in Mountain View), where educators will follow a special program designed by Brin and Thiel, focusing on chess as well as math, science and business.

To be selected to this program, Daniel will have to play 2 games (one as white and one as black) with Sergey and with Peter. It’s not clear what the selection criteria is, but at the end of May 2012, 20 lucky kids will be selected.

I am still not sure what to do. I would love to hear what you think…

One of the most effective ways to improve in chess is to analyze your own games. Especially the ones you lose, so you can learn and improve.

A few weeks ago, when we were preparing for an important tournament, I tried something new: analyzing games of other kids that I know will participate. It’s not always easy to do, since most of these kids don’t have any published game. But Daniel and I chose one potential opponent (let’s call him John) for whom we could find 5-6 games.

After analyzing the games (some wins and some losses) it was clear to me that John, like any other kid his age, is biased to make more mistakes when his opponent has a significant advantage.  I pointed this out to Daniel and we spoke about how emotionally intensive it must be for John at those moments.

I was pleasantly surprised when Daniel then said:

“Dad, after learning openings, middle-game tactics, end-game, planning, and all that, do you know what’s the most important thing in chess?”

That’s all I needed to hear. Mission Accomplished!

Business intelligence is about being able to extract and analyze business-related data so that one is able to make better decisions.

There is a large number of commercial and open source BI tools, all of which are doing a great job at exposing the data you have, calculating various statistics about your business, slicing, dicing and graphing the data in a visually compelling way.

The dirty-little-secret of BI: in most cases, you are overwhelmed with data and statistics, but you are still on your own to decide: “based on all this data, graphs, and statistics — what should I do?”

How is this related to Chess?

Well, the analogy recently occurred to me:

With a good memory, pattern recognition skills, hard work, focus, and enough time — it’s relatively easy to be very good at #1 and #2.

The difficulty is with #3.

That’s where the real mastery lies!

Wishing everyone a great 2012, in life and in chess!

“Art is what we’re doing when we do our best work”.

We all enjoy Art, but creating the Art is more difficult and rare:

Chess is no different. It’s fun to watch a game and observe brilliant moves. It’s much more difficult to make a brilliant move, especially when the clock is ticking.

We just saw “Tower Heist” with Ben Stiller & Eddie Murphy last night, and I have to say it’s a great movie.

In the movie, they mention “The Marshall Swindle”, a term coined after famous GM Frank James Marshal. The term is often used to mean “a diabolically clever move or combination that turns the tables on the opponent.”

I was intrigued and looked up the famous 1912 game.
Can you see what the next move is and why it’s so brilliant?